Large sections of the University Grants Commission’s draft curriculum framework for its new four-year undergraduate (UG) programme have been plagiarised word for word from guidelines published by the University of Michigan and the University of Arizona, according to analysis by the Democratic Teachers’ Front, a Left-affiliated Delhi University faculty association.

The UGC has referred the allegations back to its own expert committee which drafted the framework, with Secretary Rajnish Jain saying that “there may have been lapses…it is an issue of concern.”

“It is indeed shocking that the UGC Draft Curriculum Framework and Credit System for the Four-Year Undergraduate Programme (FYUP) stacks plagiarised phrases and sentences as motivation for different kinds of courses to be offered under FYUP,” the DTF said in its feedback on the regulations submitted to the UGC on Monday.

“Borrowed ideas, divorced from the ground realities and real needs of our education system cannot result in the reforms that will be an improvement on our present system,” said Abha Dev Habib, DTF secretary and a member of the Physics faculty at Miranda House. She noted that the Draft UGC document does not make any reference to the sources used to draw the framework or share the reasons for borrowing the framework from these universities.

“We have got to know that there is some problem in the document, so we have referred it back to the expert committee and asked them to examine it and look into the problems raised and get back as soon as possible. This is only a draft, so they will make changes as required. We cannot say anything until they have examined it, but there could have been certain lapses,” he added.

The UGC is itself responsible for ensuring academic integrity in higher education, and has issued strict regulations to punish plagiarism in institutions.

The UGC draft framework included a paragraph on the introductory courses to be taken by all students in the first three semesters. “The courses relating to these areas of learning aim at instilling an understanding and an appreciation of all main areas of learning. Though students are not required to master all areas in detail, they are expected to develop a coherent view of essential concepts, structures, and intellectual methods that characterize each of these areas of learning,” it said.

The University of Michigan’s College of Literature, Science and the Arts (LSA) has a very similar paragraph on its web page regarding course requirements. “LSA seeks to instill an understanding and an appreciation of all major areas of learning. Students are not expected to master all areas in detail, but they should develop a coherent view of essential concepts, structures, and intellectual methods that typify these disciplines,” it said.

Other sections of the UGC framework describing courses on mathematics, natural sciences, creative expression and interdisciplinary courses are also similar or identical to content on the LSA’s website, while other paragraphs seem to have been copied from the University of Arizona’s academic policy documents.

The UGC released the draft curricular framework on March 17 and sought feedback from stakeholders by April 4. The DTF objected to the fact that the UGC’s feedback mechanism only allowed for a 500-word response, and instead submitted a 12-page document laying out its objections to the introduction to a four-year programme, claiming that it would dilute the academic integrity of undergraduate education. Apart from the allegations of a “cut paste job”, the DTF warned that core courses for a major discipline would only account for 41% of total academic credits under the proposed four-year system, in comparison to a weightage of over 70% under the current system. 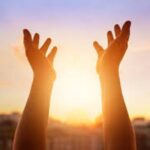