Along with high grades and SAT scores, a resume full of strong extracurricular activities is considered a necessity for any student applying to top colleges. But exactly how much do extracurriculars matter? And do they play the same role in each student’s application?

Extracurricular Activities: Depends on the School

More than any other factor, the extent to which your extracurricular activities will affect your application depends on the school to which you’re applying. Differences in admissions requirements, class sizes, and student populations all can cause admissions committees to place a varying amount of emphasis on ECs.

Generally, at large public universities, extracurricular activities will not have a particularly significant impact on your application. This is because these schools — especially state flagship schools — receive tens of thousands of applicants each year, but have limited resources available to evaluate them. As a result, many such universities rely more heavily on the quantitative aspects of a student’s application, such as standardized test scores and GPA. The reasoning behind this is obvious; a student’s grades and test scores are easy to evaluate with a quick glance, as opposed to the time and energy necessary to pore through essays and recommendations. Some schools even use computer algorithms to quickly sort applicants by GPA and test scores.

However, one regard in which extracurricular activities can have a significant impact at large public universities is in the merit scholarship selection process. The selection process for these awards is typically much more competitive and rigorous than that of general freshman admissions. As a result, these programs typically consider ECs much more heavily, and may even require supplemental application materials that ask applicants to describe their accomplishments in greater detail than they are permitted to on the general freshman application.

To summarize, the admissions process at large, non-competitive universities:

Like most state flagship schools, colleges like UC Berkeley, University of Michigan, or University of Virginia receive tens of thousands of applications during each cycle. However, these schools, due to their great academic reputations, draw in applicants not only from their states, but from all across the country and the world. The sheer number of applicants these schools receive means their selection processes are much more selective.

For example, the University of Florida, which would fall into the previous category of a large, non-competitive public university, receives about 30,000 applications annually, with an acceptance rate that hovers near 50%. However, last year, nearly 200,000 students applied to UC Berkeley, only 17.5% of which were admitted. With so many qualified applicants gunning for a limited number of spots, these competitive public universities are forced to evaluate qualitative criteria like extracurricular activities more carefully.

Accordingly, to gain acceptance to an internationally-renowned public university like the University of Michigan or UNC Chapel Hill, you need to have great grades and test scores, as well as significant extracurricular involvement. Typically, students admitted to these schools are involved in a number of extracurricular activities and hold some sort of leadership role in at least some of them.

However, while extracurriculars are considered more heavily for large, competitive public schools, it is still to a lesser degree than their smaller private school counterparts. With literally hundreds of thousands of applications to sift through, it’s necessary that admissions committees use some sort of heuristic to assess whether an applicant is worth devoting further attention to — and often, this heuristic takes the form of standardized test scores and grades. So while extracurricular activities certainly do matter, they likely won’t be the first thing an admissions committee notices about your application.

In short, the admissions process at large, competitive schools:

Unlike a majority of public universities, private schools typically do not receive tens of thousands (let alone hundreds of thousands) of applicants each year. Often, the total number of applicants to small private colleges does not even exceed 10,000.

Because relatively few students are applying to these colleges, they typically employ thorough holistic admissions practices. At schools with a holistic admissions policy, evaluating applicants isn’t as easy as checking GPA and test scores and giving a green light. Adcoms at schools with holistic admissions are obligated to examine not only an applicant’s grades and scores, but also their essays, extracurricular activities, and recommendations in great detail. Do this tens of thousands of times over, and it’s not difficult to see how holistic policies cost schools a lot of time and money.

For public universities, many of which are not as well-funded than some of their private peers, the additional cost of implementing holistic admissions practices is not viable. However, at private colleges, because their applicant pools are considerably smaller, admissions officers can expend the resources necessary to conduct an in-depth review of each file.

This does not necessarily mean that applicants to smaller, less-competitive private colleges need to have absolutely perfect extracurricular activities on their application to be accepted. Rather, it means that ECs are considered nearly, if not just as important as grades and test scores.

Last year, nearly 42,300 students applied to Stanford. Among these, a majority had grades and test scores in the range for the typical Stanford admit. Competitive private universities use holistic admissions practices not only because they have the resources to, but also because if they only looked at grades and test scores, they’d have an incoming freshman class of 30,000, instead of around 2000.

For competitive private colleges the likes of Harvard, Amherst, and Princeton, extracurricular activities matter — a lot. Basically, every competitive private university employs holistic admissions, though not solely for the purpose of getting a more complete picture of who an applicant is.

At famous private universities like those belonging to the Ivy League, the high applicant count of public schools meets the intense evaluation process of small private schools. With so many applicants — nearly all of which are arguably qualified for a spot — these schools need to find some way to differentiate one student from another.

Consequently, these schools place heavy weight on “soft” admissions criteria like extracurricular activities and essays. But unlike the schools mentioned in the previous section, your extracurriculars need to be extremely well-developed if you hope to be accepted to a competitive private school. It’s imperative that through your accomplishments, you demonstrate not only academic or professional skill, but also admirable personality traits like passion, leadership, and dedication.

For these schools, extracurricular activities are also important in that they’re the most effective way to demonstrate an interest in your potential major, or if you’re undecided, certain areas in which you are particularly talented. While this can be communicated to some extent through strong grades or test scores in a corresponding subject, ECs allow you to show off practical skills, like lab research and prove that you have what it takes to be successful inside the classroom and out.

Furthermore, your performance in extracurricular activities reveals much to colleges about how you would contribute to their campus community. If you demonstrate initiative by founding your own club or nonprofit, adcoms will be able to see that you’re a self-starter who can bring new and innovative ideas to their school.

If you were captain of a sports team that in your senior year made it all the way to state championships, this clearly communicates your leadership skills and suggests you will bring that same ability to inspire and motivate others to their campus — that, or you were the best soccer player in the nation that year — but either will catch an admissions committee’s attention.

Depends on the Applicant

It’s not just the school that affects the way in which your extracurricular activities are evaluated in college — it’s your individual profile as well. For some students, extracurriculars may be the highlight of their application, while for others, academics take center stage.

If a school is not extremely competitive, the extent to which your extracurricular activities impact your application can vary significantly. For those with stellar grades and near-perfect test scores, ECs aren’t as likely to be a deciding factor. You have already demonstrated an ability to succeed and be a valuable asset to the university, so further evaluation of extracurricular involvement isn’t necessary.

On the other hand, if you have some weaknesses in the academic aspect of your profile — for example, shaky grades in the first couple years of high school — extracurricular activities (and essays, recommendations, and the like) will likely be given more consideration. If you have especially strong extracurricular involvement, this can often compensate for weaknesses in academics or scores.

However, the above is only true if you still fall into the general range of grades and test scores for the college in question. If your SAT score is several hundred points below the average, it’s highly unlikely that even the best ECs can balance out that weakness.

However, at the most competitive schools — think top 30 of the U.S. News and World Report rankings — much of the nuance regarding how extracurriculars play into each applicant’s profile disappears. It makes no difference what the rest of your application looks like, or whether your grades and scores are perfect or just good; extracurricular activities always matter, and they always matter a lot.

If you aspire to attend one of these top schools, don’t rely on academics to make up for a lack of extracurricular involvement, regardless of how strong your academic performance may be. You’ll never be the only applicant with great scores or grades. However, you will be the only person who has lived through a unique set of experiences, challenges, tragedies, and triumphs. The things you’ve learned, accomplished, and dreamed of throughout your life are unique to you, and it’s these things that will ultimately make the difference between an acceptance and a rejection.

No matter what schools you plan on applying to, it’s always a smart idea to spend time cultivating a unique set of extracurricular activities. Getting involved in high school is a great way to meet friends, develop real-world skills like leadership and teamwork, and explore your passions and interests. 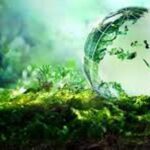 Complete list of US colleges Which Offers Degrees in Environmental Science

Surprisingly there are Online Learing Programes which Helps you THINK BETTER 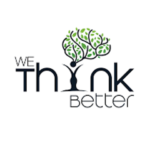