Pro Kabaddi is a ground-breaking initiative by Mashal Sports Pvt. Ltd and Star India Pvt. Ltd. Ever since its inception in 2014, The League has revolutionized the sport of kabaddi with stunning innovations, making it an aspirational sport for players and fans alike. Backed by the Amateur Kabaddi Federation of India (AKFI), and supported by participating members of the International Kabaddi Federation (IKF) and the Asian Kabaddi Federation (AKF), the league has witnessed tremendous growth over the past seasons.

Mashal Sports and STAR India have jointly worked towards elevating the sport of kabaddi to an international standard with new and exciting innovations in the rules and how the game is viewed, thus heralding in a new era for kabaddi. They infused new life into the sport by bringing it to the major metropolitan cities of India along with regions where kabaddi was yet to gain a foothold. Pro Kabaddi now has unprecedented participation from various parts of the country owing to the outreach over the past seasons and the advent of new programmes pioneered by Mashal Sports to encourage young talent from across the country. Kabaddi is now also seen as a viable career option by various aspiring players in India and abroad.

The addition of four new teams in the fifth edition of the league made Pro Kabaddi India’s biggest sports league in terms of geographical representation and number of teams. The new sides – Gujarat Fortunegiants, Haryana Steelers, Tamil Thalaivas and U.P. Yoddha made the competition all the more intense and the kabaddi all the more exciting.

The Pro Kabaddi journey began in the year 2014 with much enthusiasm and anticipation. It featured eight teams battling it out for the coveted Pro Kabaddi champions’ title over a five-week period. Fans were all set for some mouth-watering ‘panga’ and the league did not fail to deliver. It had the second-highest viewership among sporting events in India. In the end, Jaipur Pink Panthers emerged victorious beating U Mumba 35-24 in the final.

The second season kicked off in July 2015. This time, the squads were bigger with the strength going from 14 to 25 giving the world a glimpse of a whole lot of new and exciting kabaddi talent. U Mumba dominated the season and emerged as the deserving champions beating Bengaluru Bulls 36-30 in the finals.

With its popularity on the rise, Season 3 of Pro Kabaddi came just five months after the completion of the second season. The teams found their stride with the perfect balance of defensive and attacking players leading to more closely contested games. Patna Pirates ousted defending champions U Mumba in the finals and clinched a 31-28 victory.

In June 2016, Season 4 returned following closely on the heels of the previous edition of the league. This was the first time two consecutive seasons were played in the same calendar year. It also had increased international participation with 24 players from 12 countries joining the fray. Patna Pirates retained their title trumping inaugural season winners Jaipur Pink Panthers 37-29.

The sixth edition of Pro Kabaddi saw a number of records tumbling. Five raiders went past the 200-raid point mark for the first time in league history, while three defenders scored over 80 tackle points with Nitesh Kumar becoming the first man to score 100 tackle points in a single season. In the end, it was Bengaluru Bulls who captured their maiden vivo Pro Kabaddi title, led by league MVP Pawan Kumar Sehrawat.

An even balance between raiders and defenders saw tough competition unfold in Season 7, with three raiders crossing the 300-raid point mark for the first time in a single season. While U Mumba made a record-equalling fifth playoffs appearance, table-toppers Dabang Delhi K.C. and Bengal Warriors, both, made their first final before the latter emerged as the winners and made Mohammad Esmaeil Nabibakhsh the first overseas captain to win the title. 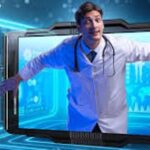 Rise in Telemedicine and Virtual Consultation can be Next Big Opportunity