Prior to the Industrial Revolution, till the early 19th Century, India’s share in the global population and GDP was around 25 per cent, similar to China. India’ agricultural and artisanal produce were so attractive in global markets that a trading company, the East India Company, went on to colonise all of India.

Now, 200 years later, India is still trying to become a successful industrialised economy. As the Industrial Revolution moved through its different phases, the understanding of what drives success has also evolved. Initially, the availability of natural resources such as coal and iron ore were seen as giving a natural advantage. However, Japan, with none of these natural resources, became a major industrial power and the most efficient producer of steel. It demonstrated that human beings remain central to competitiveness and the creation of wealth in the Industrial Age.

Japan began its modernisation by enforcing compulsory school education in the early 1870s. Within a generation, the country was fully literate, and it had an industrial base by the early 20th Century. State-funded free schooling and higher education became the norm in the industrialising economies of Europe and America. Over time, human capital found its legitimate place in economic theory as the key driver of economic growth.

The pre-industrial artisanal economy in India had a unique caste-based division of labour in society. Each caste had a vocation, and the child grew up acquiring the skills of his caste within his family and his community. Over generations, a tradition of excellence became the norm. The caste system, however, was steeply hierarchical. The pursuit of social justice by undoing this hierarchy has been at the core of democratic modernisation in India. Since learning was the preserve of the higher castes, there was a fundamental concept which Mahatma Gandhi recognised — the dignity of labour. In this he led by personal example and insisted on freedom fighters spinning the charkha first.

But this problem survives. Every child going through the formal school system now aspires for a white-collar job. It is when he fails in this aspiration that he reconciles himself to a blue-collar job. The curriculum of the school education system is designed to prepare the brighter students for a subsequent university degree, for example, in engineering. The less affluent child has so little that relates to his living environment that he usually leaves education barely literate. He then has to earn a living, but is reluctant to take up the trade of, say, being a weaver or a goldsmith.

So, India is producing many times the number of engineers that its economy needs and that too at a great societal cost. But it is producing far fewer skilled workers than required.

The large organised sector has been training its workers and imparting skills successfully. Higher wages and morale in these firms help in attaining global competitiveness. The problem, however, is acute for the rest; the construction industry, small and medium enterprises, the unorganised sector and the self-employed.

It is useful to look at what has worked well elsewhere. Germany is a good example; with higher per hour wage costs, it remains a globally competitive manufacturing economy. It was the largest exporter of manufactured goods till a few years ago. German products command a premium price on technology and quality. In the education system, a student depending goes either into the higher education stream or the vocational stream based on on aptitude and performance in school.

The student in the vocational stream begins by spending 80 per cent of his time in the classroom and 20 per cent working in an enterprise initially, and in the final year, the share is reversed. The vocational school graduate usually has a job at 18 with high wages. He has the option of pursuing technical education on a part-time/full-time basis and moving up his technical hierarchy.

Mainstreaming of vocational education and skill development within the school system is the way forward. A boy in a village who is not doing well in the standard curriculum should be able to graduate with dignity from his school with elementary mathematics (class 8 level), language and basic computer skills for this digital age as compulsory subjects; and optional subjects such as horticulture, animal husbandry, plumbing, welding or nursing.

Moreover, in these subjects, the knowledge and skill levels should be globally competitive. Then young people at 18 would have skills which are in demand and would find it easier to get jobs. They would also have higher self-esteem and confidence, which are so essential for success. But this is not going to be easy.

The existing educational establishment does not have the capacity to drive this transition. It would also need massive public investment. A new set of vocational teachers for specific trades and skills would need to be trained and appointed. State-of-the-art facilities, including equipment, for such vocational education would need to be put in place.

Without such a sweeping publicly-funded transformation of the school system, India would continue to find it difficult to make its young competitive in the increasingly tough globalised market place. Getting good teachers for vocational training would be difficult. Using retirees, even from overseas, for designing the curricula and training teachers would be worthwhile. This would require large investments. But the returns would be enormous through higher productivity and employability of the young people.

MahaEdu News Administrator
www.mahaedunews.com is a different educational website. It focuses distinctively on emerging as well as leading topics in education. It helps in delivering effective and collaborative solutions to strengthen vast educational system with the help of students, teachers and experts.
Latest Posts
Related tags : educationskill India 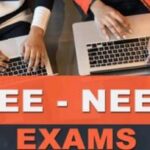 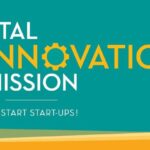