The world is undergoing tremendous trauma, due to global health crisis. The natural disaster is occurring all around the world, with greater ferocity and with greater frequency. In next few years, the World including, India can experience, frequent floods, cyclones, earthquakes and biological disaster including biological attack. Looking at today’s scenario, the Covid19 pandemic, is going to be greatest challenge after the World War II. The virus has spread to each and every continent. The Covid19 cases are rising daily in four figures. Each and every country is racing to slow the spread of the virus, by testing the patients, by carrying out contact tracing, or by limiting travels. The World’s greatest markets is also deserted, either by choice, or by Government order from last few months.

Every day, the people are losing jobs, without knowing when normality will return. Based on The International Labour Organization report,195 million jobs could be lost in the coming months. Last week the head of WHO said, this pandemic has arrived to stay, there is still long way to go, many countries are at the initial stage. It has come with three main peculiar characteristics, like with greater Speed, greater scale and with greater severity. Today the Worlds death figure has crossed 2,00,000 around the world.

Since my childhood, I used to think, human being is super brain, being stepped on moon, planning to step on Mars, on verge of tallest building with height of 1000 metre, taller than Burj Khalifa. I always used to feel we have solution for each and everything in the world. But today the two super power countries like US and China, whose GDP is around 21.4 and 14.5 trillion has to, get on their knees and beg for the life, in-front of the smallest microorganism. This show what is the importance of Disaster Management, which is going to play the main role in future.

Disaster” is French word, Disa means bad, and aster means star and Disaster Management is an organisation, which is responsible for planning, and application of measures, for preparing, responding to initial recovery from disaster.

Since DM has become important subject, lot of international organisations are working on Disaster Management, like

IFRC-the international federation of Red Cross and Red Crescent Societies, which is thte worlds largest humanitarian organzation, made up of 186 countries, with an aim to improve the lives of vulnerable people.

ICRC-International Committee of the Red Cross, it is a Swiss-based organisation, it provides assistance to people affected by violence.

In 2015 lot of countries including India, came together and participated in formulating Sendai framework at Japan for disaster risk reduction, to reduce the risk for next 15 years.

India, has long history of various disasters like in 1770 Great Bengal famine, where 10 million people died in Bengal, Bihar and Odisha. In 1839 Coringa Cyclone, in Andra Pradesh, 20,000 people died. In 1896 third plague pandemic, 12 million people died, from India and china mostly from Mumbai and Kolkata then Tsunami, 2,30 000 people died from 14 counties. I had great experience to participate before during and after Uttarakhand flash flood and Kerala Flood disaster.

The global studies have shown that proper planning and preparation can be done, to save life before, during and after the disaster. As per the report published by Tata institute of social science, called India’s Disaster report No 2. It states poverty is main concern for the loss of, so many lives in India compare to rich nations.

Disaster is broadly divided into three phases, Pre impact phase, Impact phase and Post impact phase, under two main heads, natural and manmade disaster. Under natural disaster water, climate, geological, biological, industrial disaster and under Manmade disaster. It can be terrorist attack, Nuclear Biological Chemical attack or attack on World Trade Centre or on any important infrastructure or heritage building. At National Level, all our policies are designed on “Disaster Management Act 2005, which provides three tier mechanism, at national level, state level and district level. At the national level the role is clear planning, organizing, coordinating and implementing measures which are necessary for Prevention of the threat. In India we also have various organisation in Disaster management like Red Cross, NDRF, Para Military Forces, National Security Guard and Army, Navy and Airforce, in case situation is beyond control. At National, State and District level there are two main organisations, i.e. NDMA National Disaster Management Authority and at state level it is called as SDMA State Disaster Management Authority and DDMA at District level. National Disaster Management Authority is an apex body for disaster management, headed by Prime Minister as chairperson and other members not exceedingly more than nine members. At state level, Chief Minister is chairperson of SDMA except Union Territory who is Lt Governor is the Chairperson. At District level, District Magistrate or Collector is head of DDMA. Maharashtra State (SDMA) was constituted in 2006, more or the less every level responsibility is same, in formulating policies, supervision, and coordination with states, approve the Plan, in accordance with the guidelines laid down by the National Authority. Second important organisation is NEC National Executive Committee at National level and SEC at state level to assist NDMA or SDMA. The NEC composed of high-profile members, from the GOI including the, Union Home Secretary as Chairperson, and other members from department of Agriculture, Atomic Energy, Defence etc. At state level SEC is headed by Chief Secretary. Their role is same to lay down policies on disaster management, to approve national plan, to approve plan, prepared by the ministers, in accordance with national plan and finally to provide support to all other countries.

Recently two doctors have moved to Supreme Court, seeking formulation of a comprehensive disaster management plan, in the face of the COVID-19 pandemic. In fact former Union law minister Mr Kapil Sibal has also asked, same question to centre, where is the “National plan” as per the provisions of the National Disaster Management Act, Sec 11. The National plan is drawn for whole country, by NEC, keeping in the mind national policy, in consultation with state government experts in particular field. We also have state plan which includes measures for prevention of disaster, measures to mitigate, measures to be taken for preparedness in any threatening situation and role of different ministers in such disaster. This plan is supposed to be reviewed and updated every year.

Forces working on ground in case of Natural Disaster

NDRF /SDRF   at national level, we have 12 Battalions of NDRF with 1149 member each battalion, under the chairperson of NDMA, who is Prime Minister. Out of 12 Bn, one battalion of the NDRF is posted in Pune which is responsible for whole of the Maharashtra. In case of  disaster occurred, time is of paramount importance for effective response, and it is difficult for the NDRF to respond quickly to disasters to places like Vidarbha or Marathwada. So now there is was proposed for every state, to have their own SDRF State Disaster Response Team, which is stand alone. Two Companies of the SDRF will be created in the State on the lines of the NDRF. Every Company will consist of 3 teams with total 428 members under Maharashtra Police or Commandant NDRF.

Same happened with me during Kerala floods. The Kerala state received 116% more rainfall than usual rainfall, which resulted into filling up, of all Dams beyond their permissible limit. So out of 55 dams 34 dams had to be opened, including Idukki dam, which is Asia largest dam. On 14th Aug the Indian Govt or National Disaster Management Authority, declared this calamity as Level 3, that means of severe nature. Chairperson of State Executive committee, Chief secretary, Shri Tom Jose, requested to send rescue team to Idukki District within 3 to 4 hours. I volunteered to led the mixed team of 30 to 35 people of various backgrounds. We  got inducted on 14 August at 2000hrs to Idukki district which is mountainous terrain. It was raining heavily, we came across n number of landslides, road blocks, small nala. Our target was to cross Pamba river before 0400 am, since the gates of Idukki dam were going to be opened at 0400 am. With greater difficulty and challenges, we managed to reach the given location.After reaching at 0400 am, I reported to chairperson of DDMA who is Collector of Idukki. AS a chairperson DDMA he passed orders, to clear some debris and do some special task. After operating for three days near Idukki, we were told to report to local body that is PRI Panchayat Raj Institute near Peerumedu and conduct rescue operation at one village, which was totally submerged in water surrounded, by fast flowing river. We operated for whole day and rescued mainly old people, pregnant ladies. On sixth moonless night, at 2200 hrs we were told to conducted special emergency operation by (PRI) Panchyat Raj Institute, against fast flowing heavy current which lasted for 12 hours, which is globally famous operation called “Operation water Baby. This clearly indicated chain of Disaster management, from top to bottom from NDMA to SDMA to DDMA and down to PRI who worked together during Kerala flood.

Pune is most wonderful city with 21 Rivers, 8 lakes, 14 dams/reservoirs. It has around 5500 institutes, out of which 2500 lower primary, 2000 upper primary, 1300 High schools,14 universities, 31 Arts and Science colleges with population of around Seven million and density of 600 people per square km in total area of 729 Square km area, bigger than Mumbai. Geographically Pune, lies in Seismic zone three, so the chances of affecting area is fairly high, the intensity of earth quake can be around 7 to 7.5 richer scale in places like Bhor, Daund, Lonavala. The practice of bad construction on hilly terrain, loosen soil and can lead to landslides. There is a susceptibility of epidemics of contagious diseases, air borne and water borne due to various reasons, but the main reason is lack of hygiene and inappropriate solid waste management, collection and disposal of waste. The risk due to biological hazards is fairly high, at places like Alandi, Baramati, Bhor, Junnar, Rajgurunagar. Now after this pandemic Covid 19, PMC has open few rooms of old PMC bldg, which has been turned into war room, to battle against Covid 19 with various new committees like “Pune city disaster management committee. Pune city technical Cell, Pune city advisory committee, Incident Response system, near collector office at Pune.

Preparedness of Pune is based on

Things to Do during Natural Disaster

Most important is Do not Panic, till date, no one has done any productive work by getting panicked.

Things to do after Natural Disasters

Precautions to be taken during Biological Disaster

Till date no one has power to fight with Natural disaster, only what can we do, we can take precautions, before during and after disaster to mitigate or to lower destruction

The author is Engineer by profession and has got four awards for devotion dedication, adventure in blue sea sailing and for Disaster Management

For more such articles visit www.mahaedunews.com.

Send your articles to mahaedunews@gmail.com 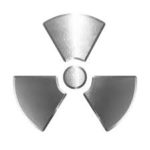