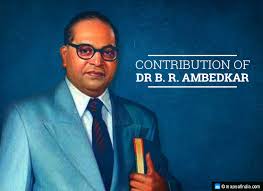 (The Bombay Government appointed a Committee to look into the problem of reform of the Bombay University. This Committee consisted of 13 members with Sir Chimanlal H. Setalvad, Kt. as its Chairman. Dr. Ambedkar was not a member of this committee but he was one of the 321 persons to whom the committee sent its questionnaire of 54 questions. Dr. Ambedkar replied only some of the questions which he considered worth replying. The questions replied by Dr. Ambedkar are alone reproduced here to be followed by his evidence.—Editor.)

Dr. Ambedkar is a source of solutions to many contemporary social, legal, political, financial and ideological problems. On his birth anniversary I was browsing his volumes to read something new.  I found his discussion on the University Reform Bill. Universities are still facing the same questions he raises in that discussion. Let us have a quick view of it.

Dr.  Ambedkar says ‘One of the greatest defects from which this University has suffered ever since it was established was that it was primarily constituted as an examining body.’

He raised second point that the bifurcation of University as PG teaching and Colleges as UG teaching brought about certain kind of rivalry between them.  He says that there is almost a sort of enmity between colleges and university. The relations between the University Professors and the Professors of the colleges are not as cordial as they ought to be. In spite of being the same work in colleges and university, the university is considered as on the higher level.

He was firm on that the colleges are not able to cope satisfactorily with the training of the undergraduates. In his opinion they were inadequately staffed.

Dr. Ambedkar mentioned that every professor is obliged to lecture for something like thirteen hours in a week.  A “professor who is made to work in that galley slave fashion can never be a teacher in the real sense of the word. He can only be a hack doing a task with the help of ready-made notes. We can expect no originality from him and he can give no inspiration to those who may have the misfortune to listen to him. The whole study is bound to be a merely mechanical process”.

Dr. Ambedkar says that a university which merely super-imposes postgraduate to work upon it cannot succeed in promoting real knowledge or real research. Dr.  Ambedkar had this opinion because according to him undergraduate colleges are not fulfilling their duties to train the students properly to take the load of university curriculum.

Dr. Ambedkar wanted government to promote the quality of higher education with research. He proposes the synthesis of colleges and university on the equal ground in which the colleges would be partner in promoting the quality education.

Dr. Ambedkar proposed the giving extra power to senate to localize the syllabus and make colleges from the mofussil   as the ‘constituent colleges’ of the university.

Dr. Ambedkar also objected on the examination system and its difficulty level. He raises the issues of poor students. “What about the poor, the poverty-stricken parent, who requires his son to earn in the day time to add to the family earnings in order to make both ends meet? What about the boy who finds very little during the 12 hours of the day to devote to university education?”

Dr. Ambedkar was very much against the beaurocratization of University. He brought to notice the report written by Sir Alfred Hopkinson, then VC of Manchester University   in 1914 when he was invited to review the Bombay University, Dr.  Ambedkar also pointed out the communal imbalance in the composition of the senate of the university. He believed that there was no need of a salaried administrative head of the University.

He was  having an opinion that Now, if it is the duty of a modern university to provide facilities for the highest education to the backward communities, I think it will be accepted as a corollary that the backward communities should have some control in the University affairs. Because, the educated classes and backward classes have shown the bitterest relation for centuries. There are criminal tribes, and depressed classes.  All of them should be developed and get educated.

Dr. Ambedkar gave the highest priority to education. He says, “We may forego material benefits, we may forego material benefits of civilization, but we cannot forego our right and opportunity to reap the benefit of the highest education to the fullest extent. Without education their existence is not safe. It is for this reason that the fight for increase of seats (IN SENATE ) is being made.”

These all questions are still relevant but ignored by the higher authorities. Last few years we could expand the reach of the university education. The question of quality education and research is perennial. But the real question is how many local problems are being studied by the streams of science and social sciences?