It’s fair to say that most 6 year olds are probably more interested in playing with toys and computer games than taking a programming class, but not Kautilya Katariya. Now 7, Kautilya has been recognized as the world’s youngest computer programmer after completing four professional certifications from IBM for Python and artificial intelligence.

He even set a new Guinness World Record.

IBM wasn’t kidding when it said developers of any age seeking to advance their skills can earn several new professional certificates in areas including cloud and AI, through the IBM Developer Skills Network, a free learning platform publishing courses on Coursera, edX.org, and other online education sites.

“When Kautilya got extra time at home due to the COVID lockdown and holiday cancellation, along with all of his mischief, he immersed himself in the world of tech … to help satisfy his curiosities,” said his dad, Ishwari Katariya. “We were looking for some structured and well-defined computing and AI courses available online for free, and IBM’s courses matched all those criteria.”

Initially, Kautilya explored computing languages like Python, JavaScript, and supporting HTML, but zeroed in on Python because he found out that Python is the best programming language to learn right now for AI and machine learning, Ishwari Katariya said. It took him around six to seven months to master Python.

Kautilya received five certifications in Python and AI from IBM in November 2020. He completed IBM’s Foundations of AI professional certification on edX and the Python for Data Science course from IBM Cognitive Class.

“As a parent, we are very proud of Kautilya’s achievement and were excited when he got his name recorded in the Guinness Book of World Record,” Ishwari Katariya said.

And he’s not done. “Kautilya has now taken six IBM certification courses and earned an IBM Professional Certification for Artificial Intelligence and Applied Data Science with Python,” his father said. “He is currently undertaking two more IBM courses to get another professional certification for ‘Applied AI’.”

Another student who used IBM’s resources to learn about tech is Tanmay Bakshi, who has given a TED Talk and made informational DevOps videos. He is also IBM’s Student on Call developer advocate.

Even though he’s only in high school, Tanmay works 20 hours a week at IBM, the company said. He is a co-instructor in one of the courses within the IBM AI Professional Certificate program.

Tanmay started his journey as a developer by coding at the age of 5. His love of computer science has led him to become an AI expert, IBM said. He has created multiple apps and even published a book called Hello Swift!: iOS app programming for kids and other beginners.

IBM helped connect Kautilya with Tanmay, and they plan to have a mentorship call to discuss how Kautilya can keep building new developer skills, the company said. 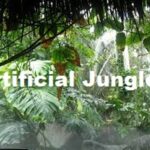 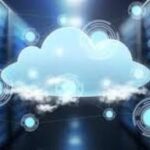