A 16-year-old boy named Ananta Doiphode, who resides in Varghad village of Velha tehsil, which is nearly 60 kilometres from Pune city, has scored 82.80 per cent in Maharashtra Board Class 10 Exams 2020. However, the journey of securing such an impressive marks in 10th Board Exams has not been easy for Ananta as he had to walk 22 kilometers to-and-fro every day to reach his school in Panshet, a remote area in Maharashtra’s Pune district.

Ananta said, “I used to wake up at 4 am and study till 6. Then sleep for an hour before waking up and leaving on foot to the school. After returning from school, I studied late night every day. I knew it was an important year for me.”

Ananta, who is not happy with his performance in the board exams, said that he was hoping to secure 90 per cent marks, which could have been achieved if he had stayed at the hostel near his school. But, lack of money forced him to walk for several kilometres every day to reach school. “Walking four hours a day tired me out,” he said.

There is a Zilla Parishad-run primary school within Ananta’s village where children can study until Class 7. After this, the children will have to go to Panshet-based Shri Shivaji Vir Baji Pasalkar High School, which is 11 km away, in order to access education from Class 8 to 10. Ananta has also studied in this school.

Meanwhile, Ananta’s mother told that there is a bus that connects Varghad and other nearby villages on the route with Pune city but due to its odd timings, children are forced to walk for long hours to reach their school.

“The bus service is not reliable. In the morning, the bus reaches Panshet very early and in the evening there is no fixed time as it may arrive at 6 pm or 10 pm. Hence, students and others often choose to walk than to wait for the bus,” she explained.

Apart from the odd timings of bus, students also face issues like “expensive” monthly-fee for the buss pass. On being asked about the same, Avishkar Pasalkar, Ananta’s classmate, said, “The bus pass for boys is expensive about Rs 660 per month. For girls, it is just Rs 30. Also, we need to go to Swargate (in Pune city) to make the pass, making it inconvenient and more expensive.” In a very rare situation, if children have money and the bus reaches on time, then only they use the bus facility.

Meanwhile, Asha Kutwal, a teacher at Shri Shivaji Vir Baji Pasalkar High School, where Ananta has studied, said that there are several such students who walk many kilometres to reach school due to lack of transport facility.  “We have students who walk 10 to 22 km every day. These are very poor people who can’t even afford the concession passes. There are many villages which have no bus connection.”

the article is obtained from news18.com with few modifications.

MahaEdu News Administrator
www.mahaedunews.com is a different educational website. It focuses distinctively on emerging as well as leading topics in education. It helps in delivering effective and collaborative solutions to strengthen vast educational system with the help of students, teachers and experts.
Latest Posts
Related tags : board examfarmerPuneruralschoolstudy 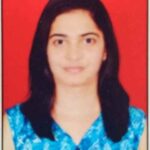